The paintings in this exhibition represent an ongoing interest in how we connect to our environment and what sort of magic we can conjure from that relationship.

We often ask ourselves ‘where does reality begin and end?’ And it would seem that even something as transitory and ephemeral as a thought has as much validity as an object in the world as a vase or a brick wall, as contemporary ideas in physics testify.

The works in this exhibition represent this idea.  That is, that the subjective and the objective are becoming less distinct and in fact overlap and are otherwise blurred and indistinguishable in many different ways.

Formally, the works depicts a figure and another element (landscape, object, etc) that seeks to create a single poetic statement where the combination of the two elements assert themselves as one object or where the emotional response to the image becomes the object in the painting.

This subtle distinction is one that requires the complicit intention of the viewer in understanding how these pictures work. 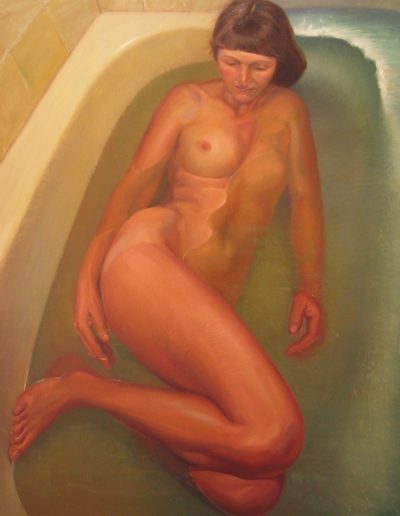 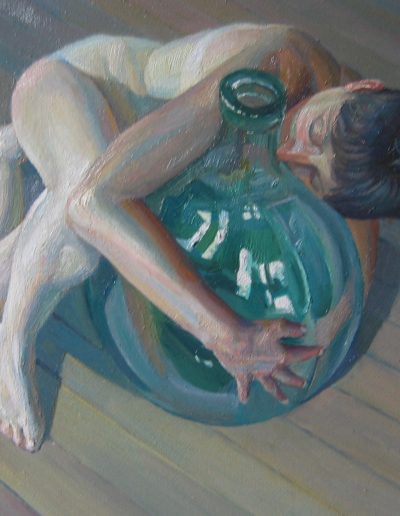 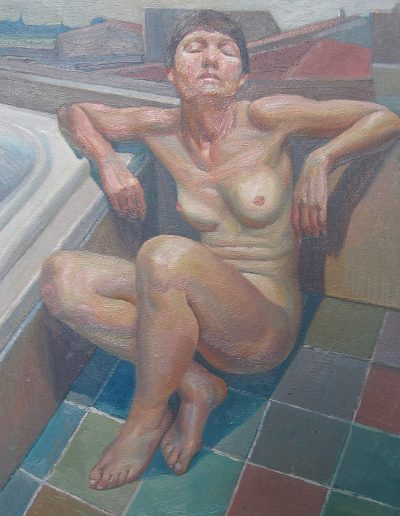 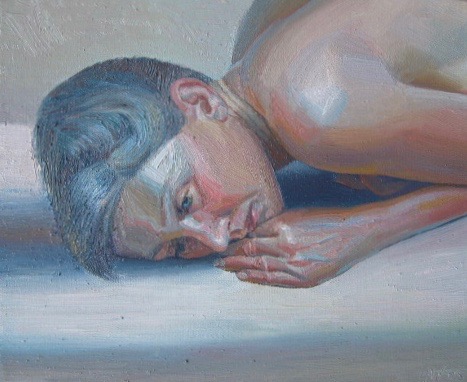 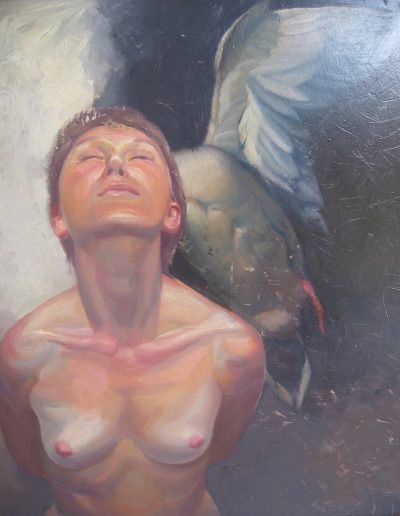 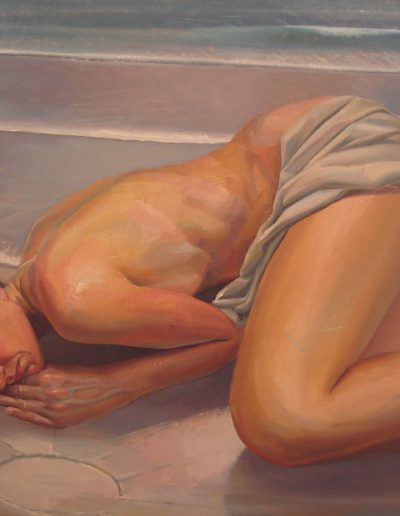 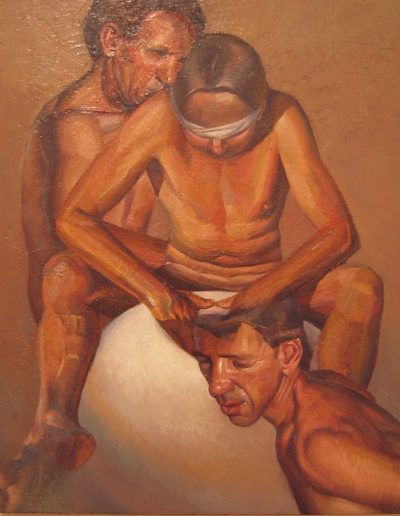 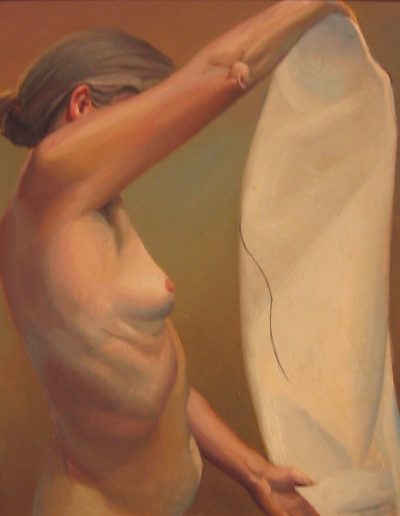 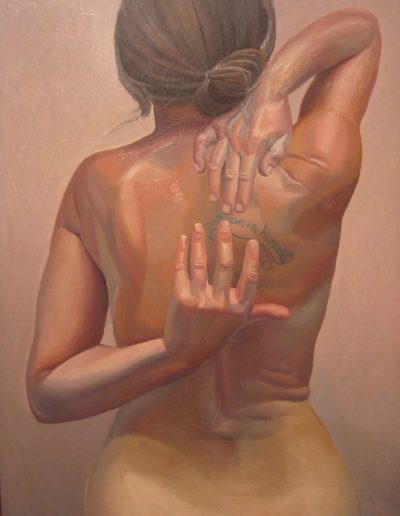 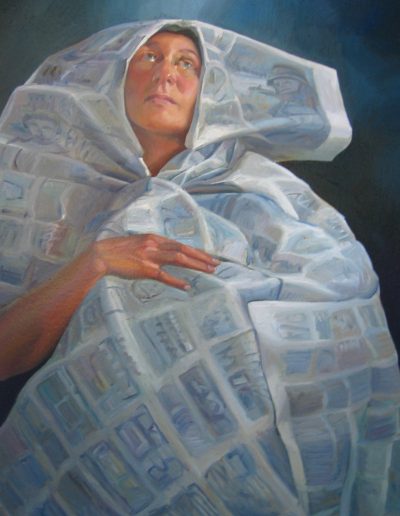 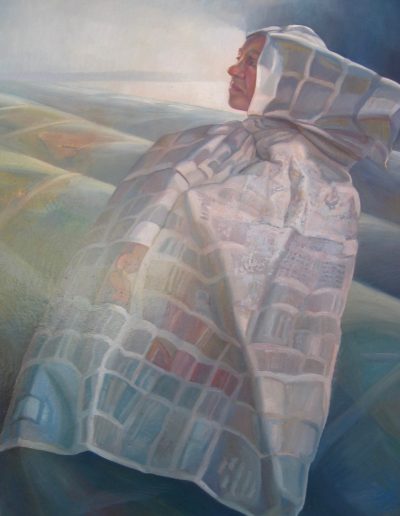 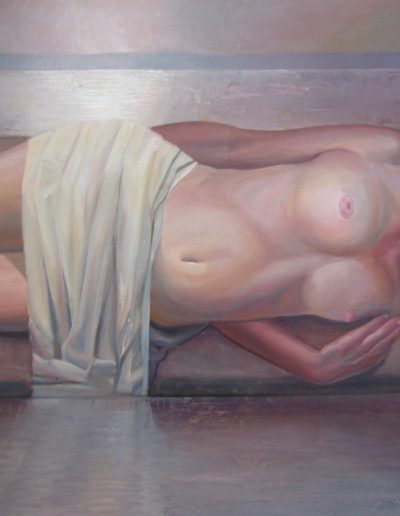 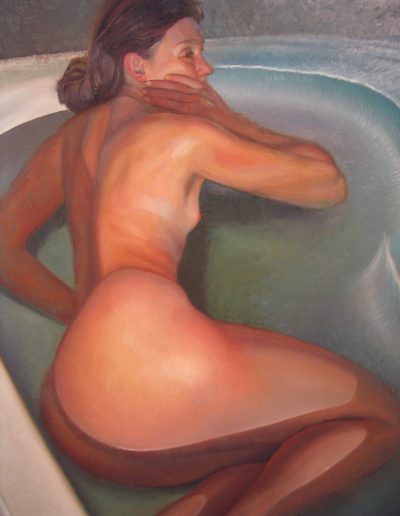 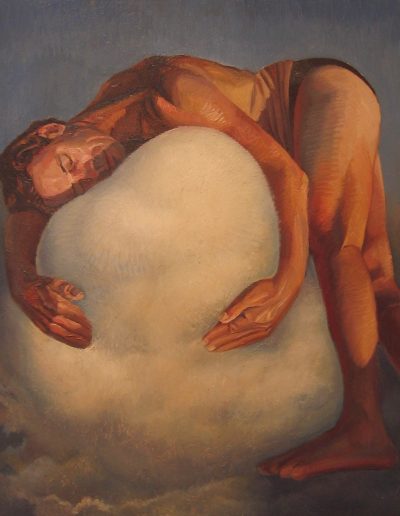 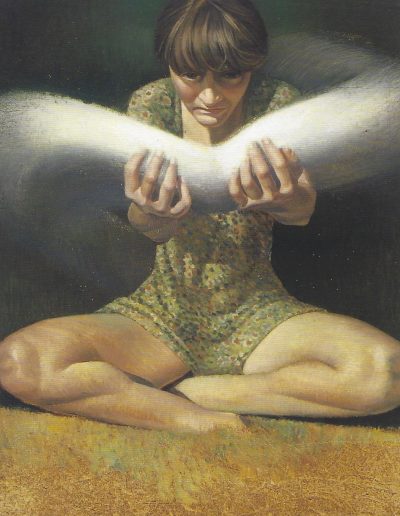