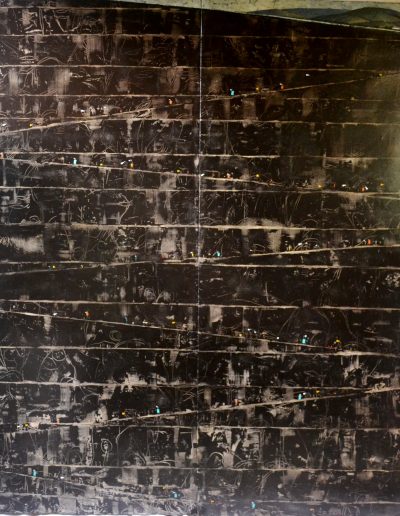 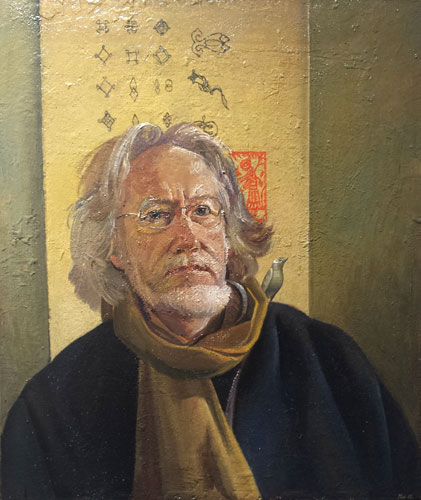 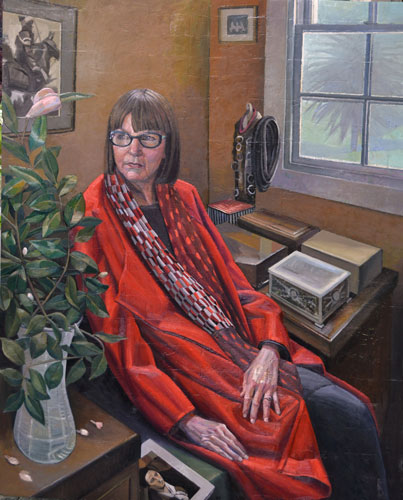 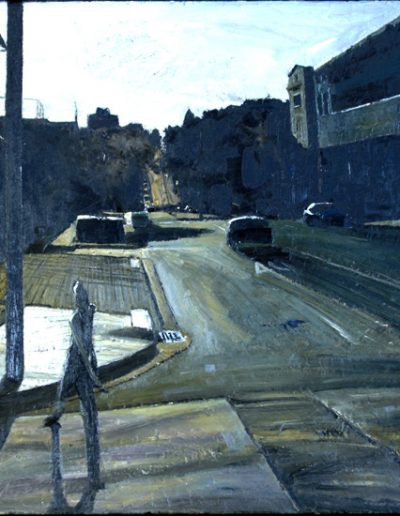 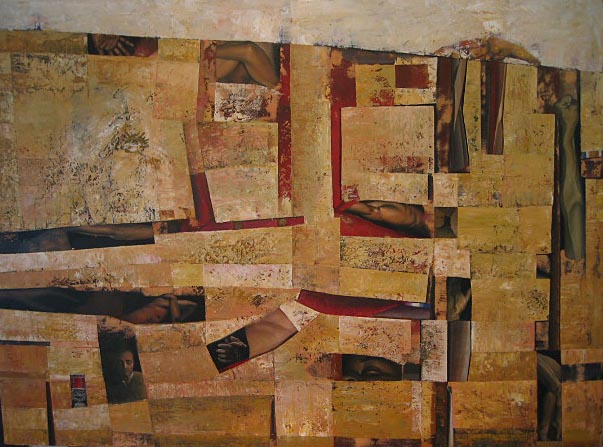 Inspired by a 1930’s work by sculpture Rayner Hoff whose work of the same name, Sacrifice, is at the Anzac War Memorial in Sydney’s Hyde Park. Wilson described his winning painting as “a meditation on war which combines the purposefulness of the military machine – represented by the grid like patterns of World War One trenches taken from aerial photographs – with a montage of the more chaotic and subjective dimension of sacrifice”. He said the sacrifice element showing sections of the human body were a reminder that all soldiers laid their bodies on the line in war 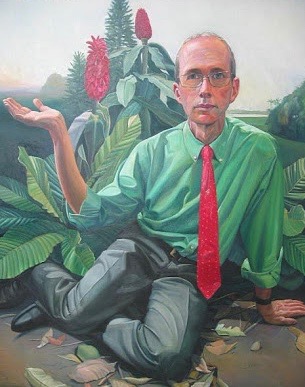 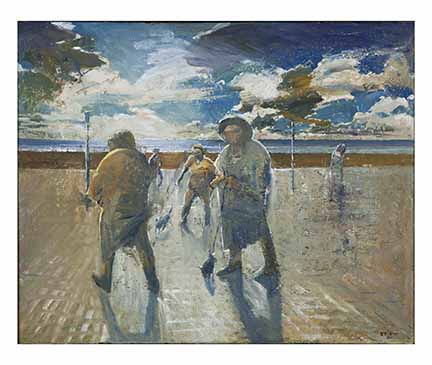 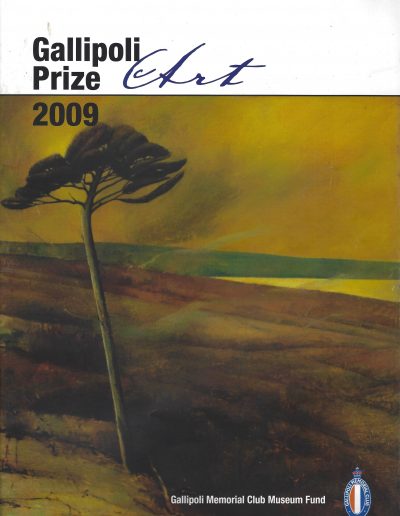 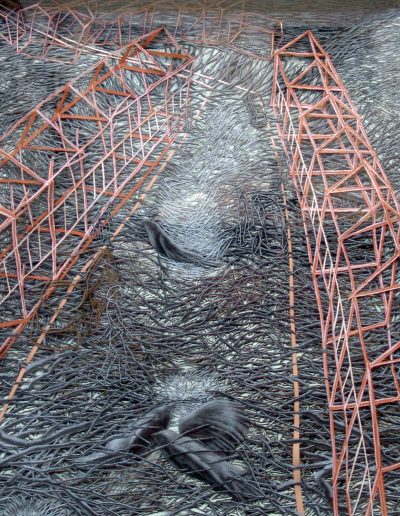 “The drawing entitled ‘The place where you Live’, refers to the theme of the built environment and tries to draw a parallel between ourselves and other life forms, (in this case, birds) in respect to the similar ways we construct our habitats. The work makes a pointed reference to the ‘nest-building’ habit we share with all life forms and a reminder of the ultimate fragility and impermanence of these constructions. It hopefully represents a gentle reminder of the need for environmental perspective and humility.” Pencil/charcoal on card 112 x 96 cm 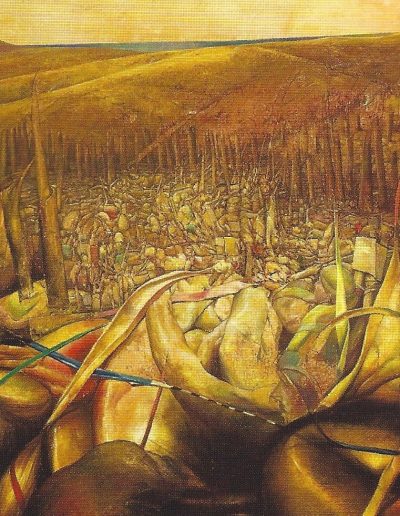 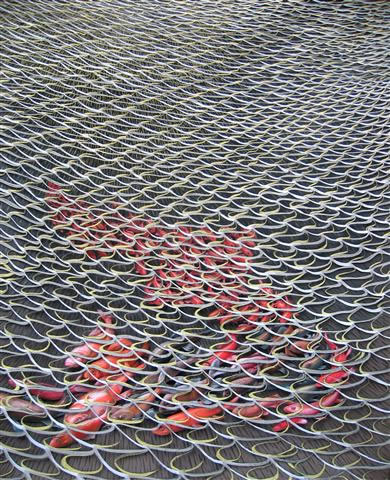 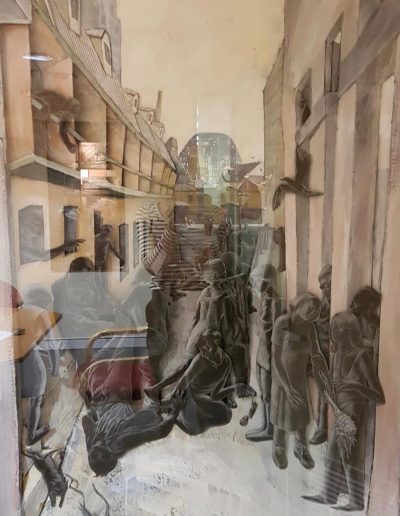 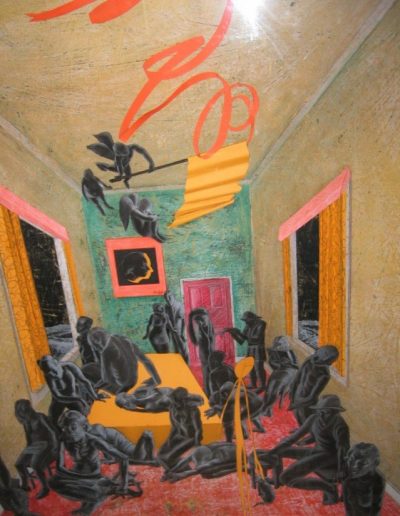 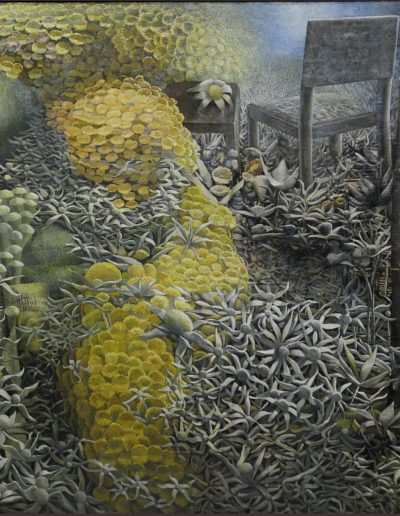 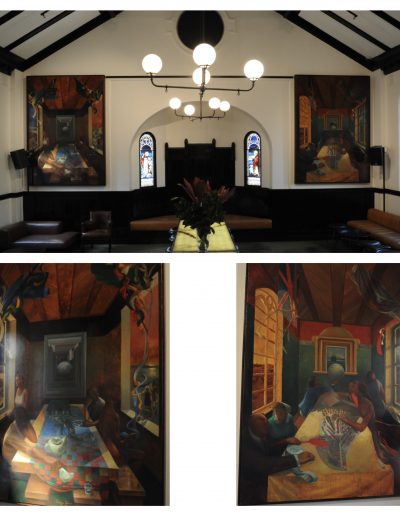 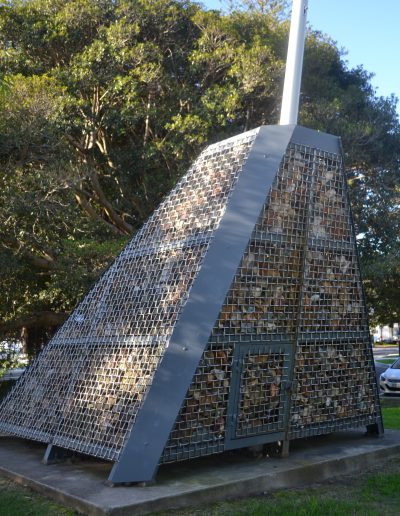 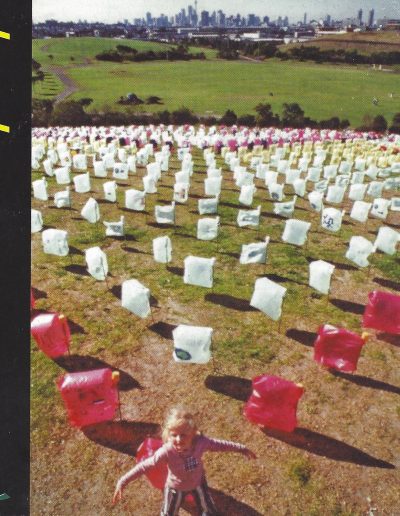 In line with the aims of the festival theme, ‘Ocean of Colours’, this sculpture achieved a number of things – by using normally discarded shopping bags rigged up as ‘wind socks’, these multi-coloured. symbols of consumerism filled and billowed according to the vagaries of the local wind conditions and so resembled a moving ‘Ocean of Colours’. The bags themselves were collected from various shops and supermarkets in the area relfecting the consumer, ethnic and social layering of the community. The bags are symbolic of the millions of such items buried in the land-fill, in the 1970s – a sort of representative resurrection commemorating our disregard for anonymous consumer servicables. 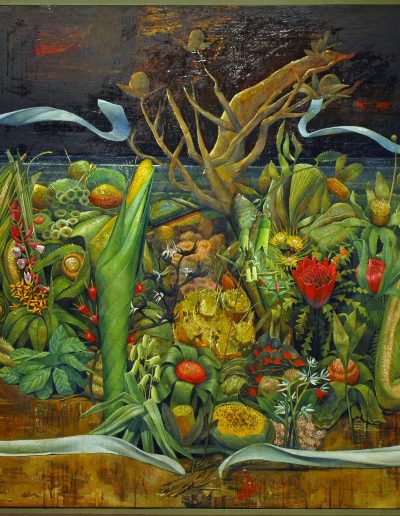 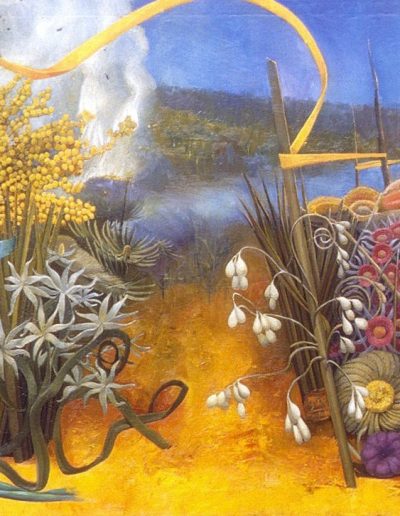 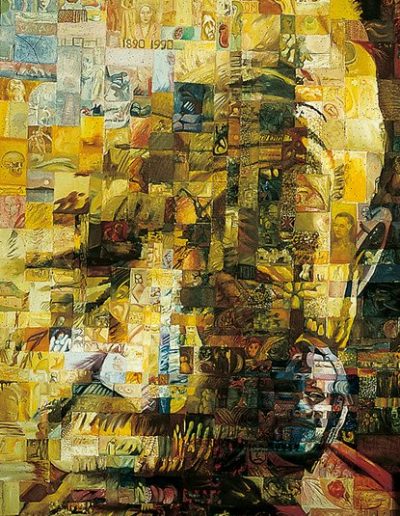 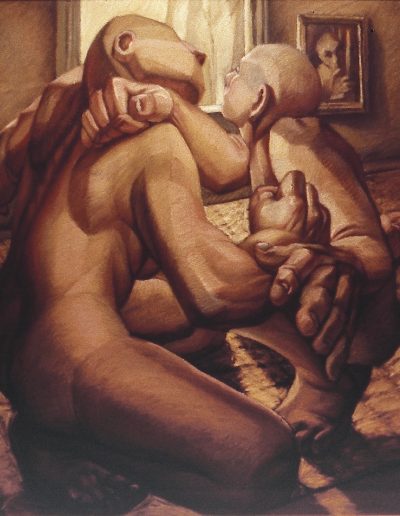 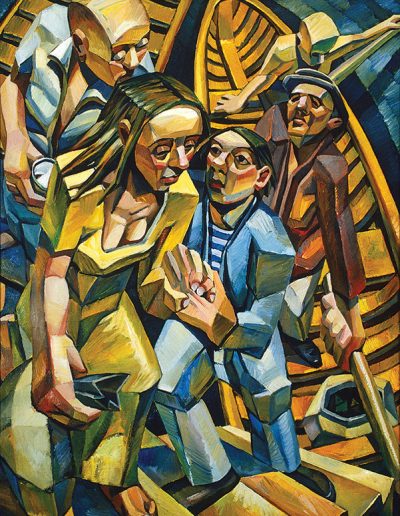 “is a fine example of allegory and narrative in Hadyn Wilson’s works. Mary Bryant was a First Fleet convict arriving in Australia in 1788. With her husband William, her children and a seven-man crew, the Bryants famously stole one of the governor’s boats and sailed a treacherous journey of 5,000 miles to Dutch-occupied Timor. This extraordinary voyage became part of seafaring history. On their arrival in Timor, the Bryants were sent back to England and Mary Bryant was imprisoned at Newgate prison, receiving a pardon in 1793”. ‘Controversy & Acclaim. Sixty years of the Mosman Art Prize’ 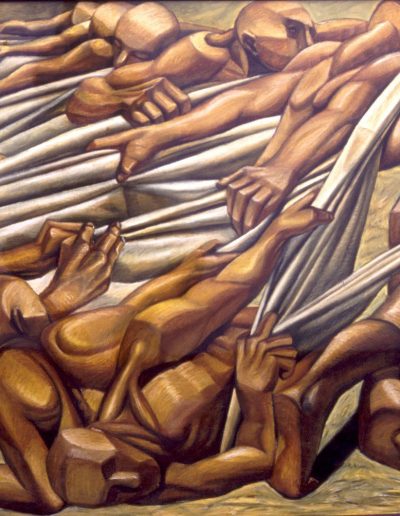 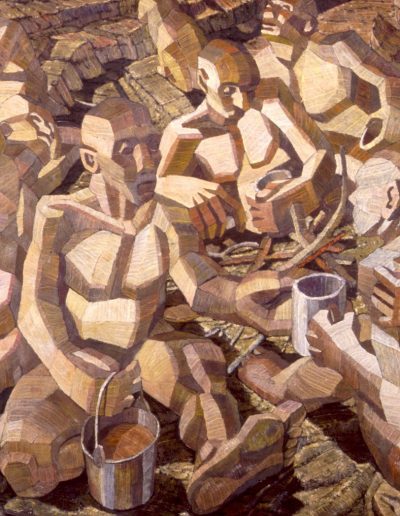 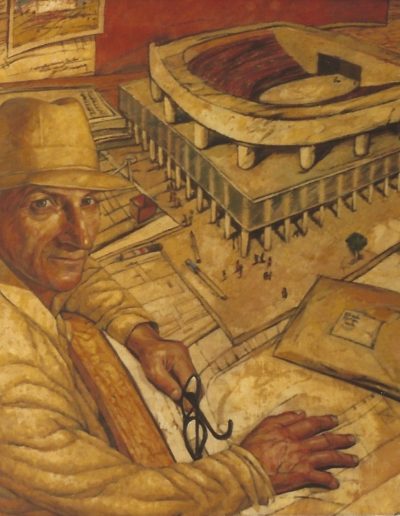 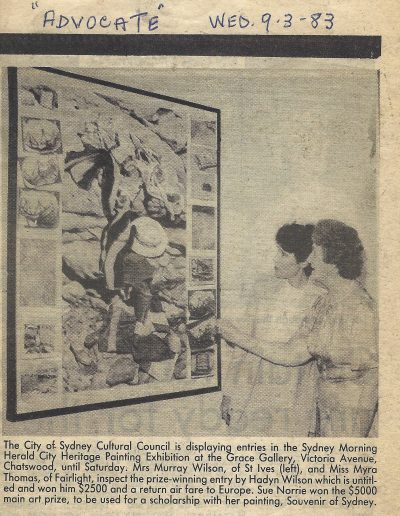