In 2019 I was artist-in-residence at the State Library of NSW.  I looked into their collection of artworks which were stored away from public viewing and their ‘realia’ collection of objects and researched the history behind them.  The result is this exhibition at the State Library called ‘Fake truths An historical novel’.  Most of it turned out to be true, but where there were gaps I completed the stories with fake letters, books, texts and connections that are credible but also imaginative, and creative.  I am thankful to the State Library for allowing their collection to be used in this way.  The overarching theme that I didn’t need to fabricate was the inherent humanity and empathy I found in these mainly forgotten subjects, artists, and their stories.

The works displayed in this presentation are interpretations of paintings and drawings I found in the State Library archives.  They are coupled with objects from the Library’s ‘realia’, of which there are over 3000 examples.

Each painting and the accompanying objects and letters tell a story which acknowledges and is respectful of the history these images represent but also extends these narratives in order to give voice to the protagonists involved, whether they are the subjects within the pictures or the artist who have painted them.

The paintings I’ve referenced from the racks were not based on merit or importance but were fairly arbitrarily chosen for their mystery and sometimes their humility.  Many were damaged or unfinished or light sensitive and for that reason have been rarely seen in public.  Some of the artists who painted them are anonymous or less well know but their works are nevertheless intriguing as are many of the subjects they painted.  Many of the works have little or no known provenance, which in this context was an advantage.

The histories, where they are known, were fascinating enough and the ‘additions’ mainly in the form of letters, adhere to the known facts but attempt to give a personal and sympathetic voice to those histories.  The accompanying ‘realia’ have been conscripted to extend that narrative and are fascinating objects in their own right.

The thing that most attracts me to historical fiction is taking the factual record as far as it is known, using that as scaffolding and then letting imagination build the structure that fills in those things we can never find out for sure.

In this exhibition, I have tried to bring various relational elements together in order to imagine our way through those inevitable historical gaps.  There will always be a certain unknowingness with the past. a silent truth, and it’s within this realm that we can conjure the imaginative response. 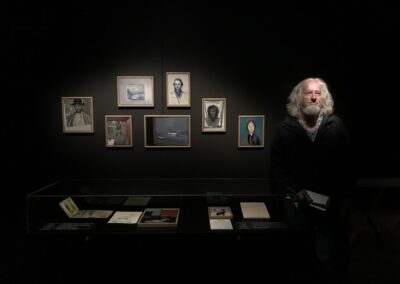 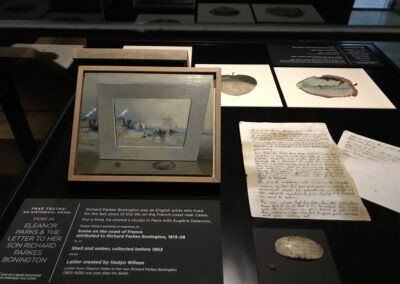 Story 20. Eleanor Parks & the Letter to her son Richard Parkes Bonington her 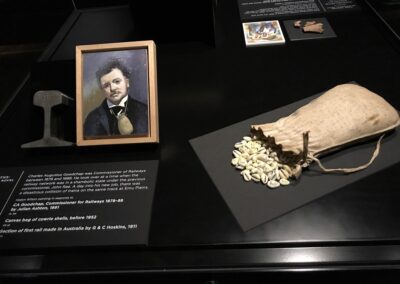 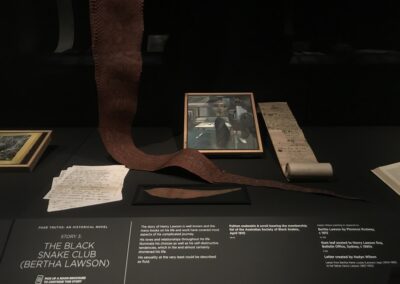 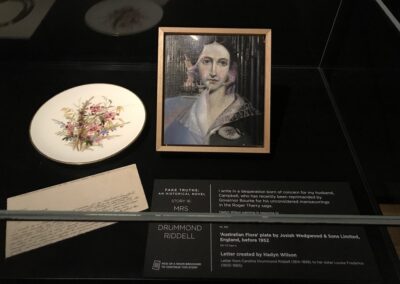 These short films were made as an addition to the exhibits in the Amaze Gallery at the State Library of NSW and expand some of the stories there in.

The Story of Winefred Redmond & the hair necklet

Henry Lawson & The Black Snake Club.  The Sensualist, the Poet and his Passion.

The Bonington Story.  The Mystery of the Richard Parkes Bonington Painting.