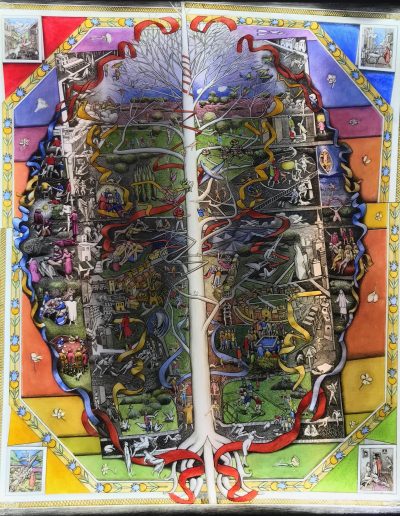 Books of Hours were described as late Medieval best sellers. Their contents were derived from the official service books of the church but they were produced as the personal prayer books of the laity. They were thus not subject to clerical control and could be decorated with greater or lesser elaboration according to the wealth and position of the owner. No two are alike, each example whether magnificent or modest had something individual to tell us. They combined sacred and secular elements in a manner found in no other type of illuminated manuscript, they therefore have a special significance in the history of the church and the development of painting. My version therefore takes the roll of a secular document that chronicles as the title suggests, not only the hours but days, weeks and months in the time it took to complete the work. The imagery parodies and references various paintings found throughout Western art for example, Michelangelo’s Sistine Chapel ceiling where God hands his son a lump hammer in order to carry out his earthly responsibilities (top right). Bruegel and Bosch from the Middle Ages through to some more arcane modern references can be found throughout the picture. Although this is a new technique for me, it continues an underlying thread in all of my work which is my interest in art history and mimics the idea of stained glass windows. 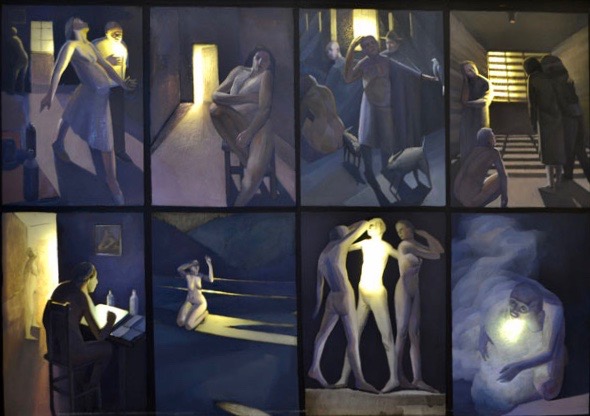