Originally conceived as a collection of drawings by Artist Hadyn Wilson almost twenty years ago, the concept of Locus Non Consequensia or ‘Location of no consequence’ has grown into an event with the ambition to inspire a global audience.

The concept of this project is to honour an ‘inconsequential space’ by focussing on one randomly chosen representative square metre of ground using Google Earth and a Random Number generator.  The location will be delineated by a cast iron metal frame and a dedication ceremony at the site will launch the project.

“Through the focused attention and regard conferred on it, the one square metre of ground, the ‘Locus’ will become a symbol for all such unregarded spaces which collectively make up the vast majority of the earth’s surface.”

“… The space chosen could be seen as a ‘sculpture of intent’ where the space is defined and described and made meaningful by the act of attention conferred on it by participants and spectators.”

On Saturday, 9th September at 2.30pm, as part of the Manly Arts Festival 2017, Manly Art Gallery and Museum kindly hosted the inaugural Locus Non Consequensia ‘dedication’.  A full list of our Locus Manly performers is in our program.

Despite the cold southerly wind on the Saturday we were able to stage a successful ‘dedication’ which seemed to be enjoyed by all who attended.  A majority of the performers directly addressed the Locus theme and some were particularly artful and considered.  We were grateful to the general public who came and watched and who played ‘witness’ to the event.

The project continued throughout the Manly Arts and Jazz Festival, with the Locus frame being illuminated each evening.  The frame, a bright blue, hovered above the grass at the location and enticed thousands of curious visitors.  The chronicling of the site was important to the project and we encouraged people to #locusprojectselfie and to sign the ‘Book of Witness’ which was kept at the the Manly Art Gallery.  Link to selected videos at the frame.

“If one square metre of ground which has no status, no particular regard, or aesthetic value, no pre-determined or assigned significance can be noticed, then it may act as a symbol for all such spaces and stimulate a greater sensitivity towards our human stewardship of these places.”

Thank you for your interest in the Locus project.  We look forward to it’s new manifestation at a location near you. 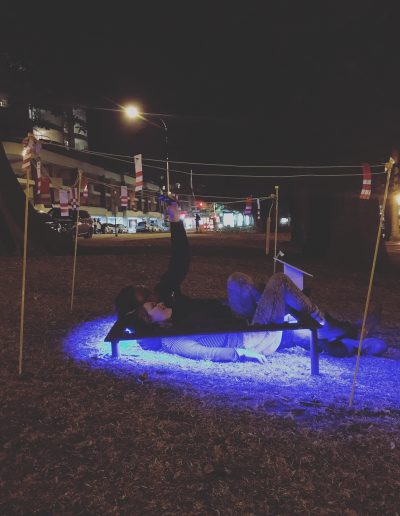 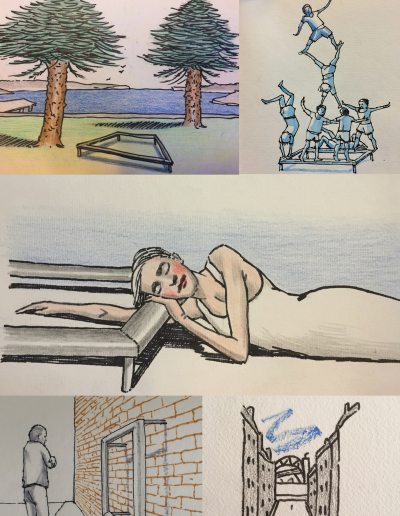 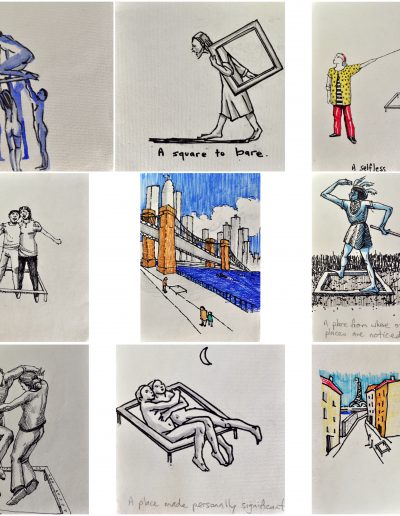 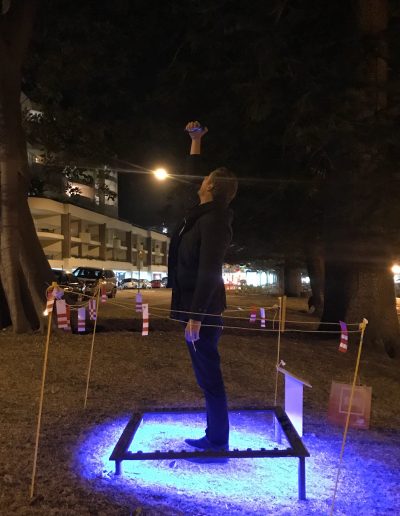 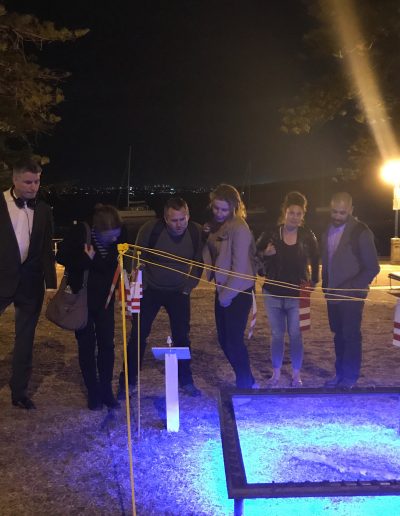 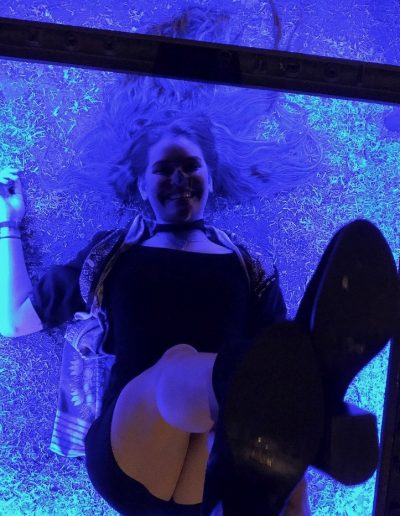 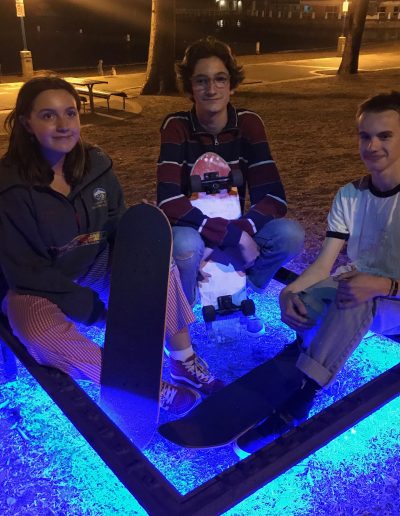 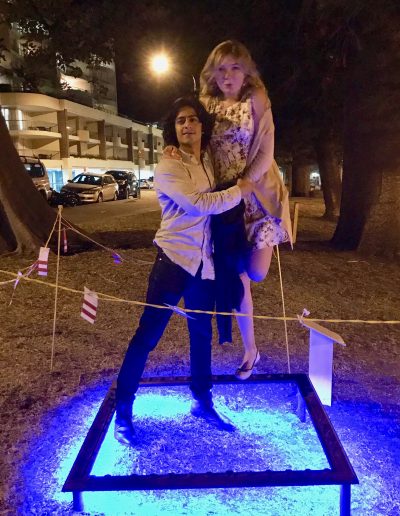 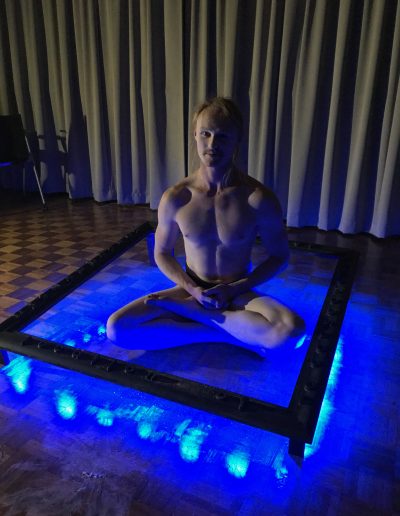 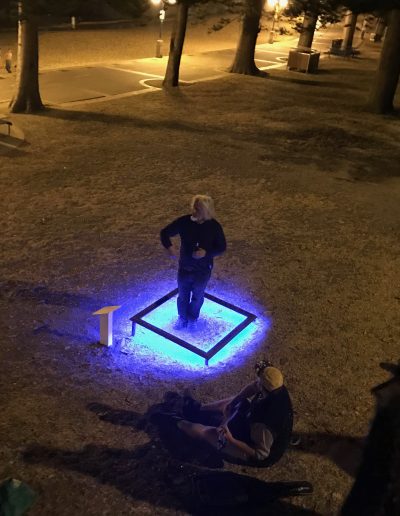 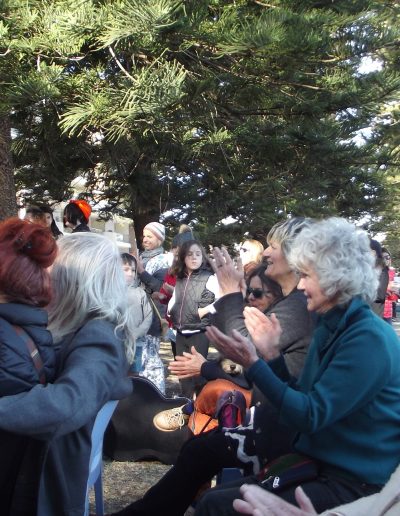 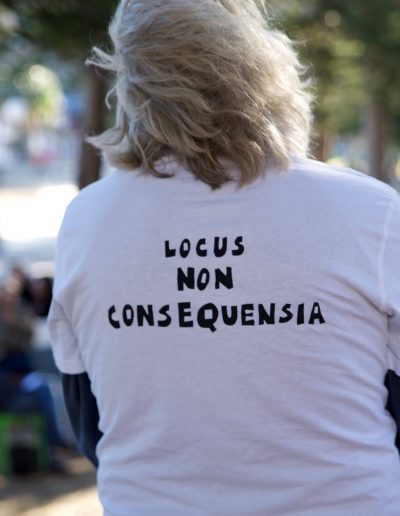 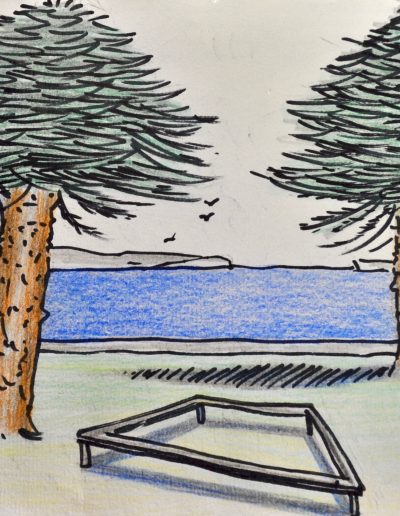