The collection of new works comprises fourteen paintings which loosely fall under four separate but related subjects: self reflection, desire, touch or empathy and environment.  Included are also six works from an exhibition I had in 1999 at Access Gallery, entitled A Votive Thing, of which the current exhibition is a continuation.

The paintings act as metaphors for a more complex debate on the nature of reality that presently occupies much space in our current intellectual climate: mechanism or the materialist and determinist view of reality versus an integrated or holistic one.  Significant issues which follow from this debate are how human consciousness might be influenced by these interpretations, and the importance of determining where we stand in relation to these fundamental ideas.

The works in Sentient Matters depict psychological dialogues between ourselves and things we have traditionally come to know as matter or real ‘stuff’: that is, our physical selves, our environment, things we can touch etc.  In this respect, they we conceived as still life paintings: the dialogue created in each work should be seen as an object emphatically as real as a bowl of fruit.

What I have aimed to represent is the notion that an event, occasion or experience is as real as a rock or a chair: that the subjective world is not just physically or even culturally determined, and that the events of desire reflection, empathy and environment are in some way active and reciprocal in the world.  My view lies the idea that a degree of free will exists from protons to people, and that processes and incidents lie at the heart of matter, at least at the quantum level, and are essentially non reductionist.

This general view owes much to the process theory of AN Whitehead and others, and to quote the physicist Danah Zomar, “By raising matter to the level of consciousness, or at least by seeing nascent conscious properties in all matter, many modern philosophers and psychologists have made contact with an underlying reality not wholly alien to their own experience.  “Another physicist David Bohm summed up this position: “The mental and the material are two sides of one overall process that are (like form and content) separated only in thought and not in actuality.  Rather, there is one energy that is the basis of all reality…  There is never any real division between mental and material sides at any stage of the overall process.”

The paintings do not attempt to explain a philosophical position, but rather provide a series of metaphors.  The formal device of a white mount around the paintings reflects a desire to present the exhibition as an ongoing narrative, a storybook that will continue to unfold. 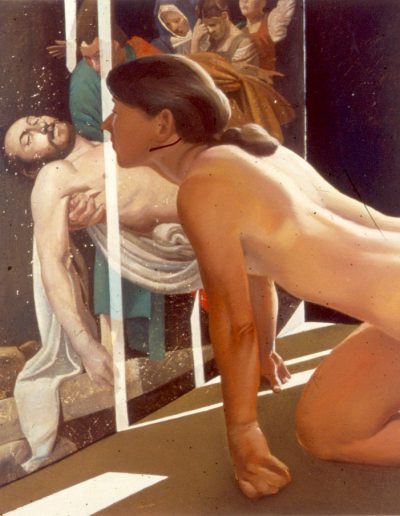 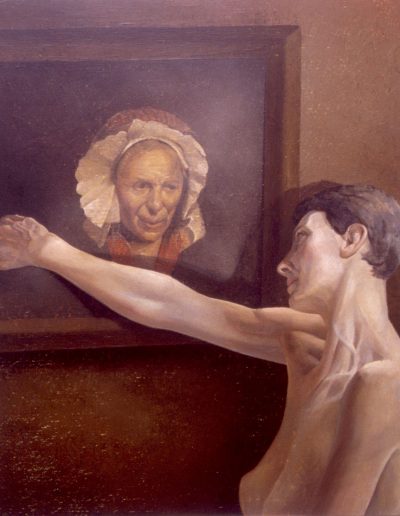 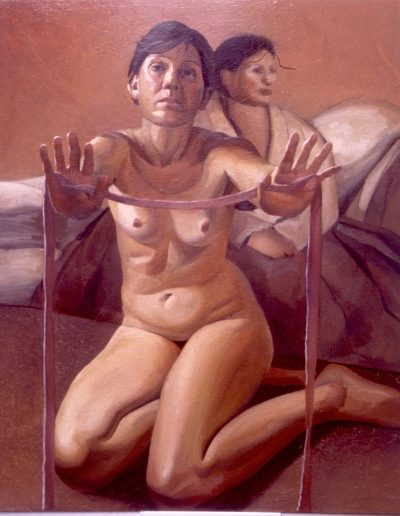 ‘She offered ribbons to demonstrate the measurement of grace’, oil on board 120 x 150 cm 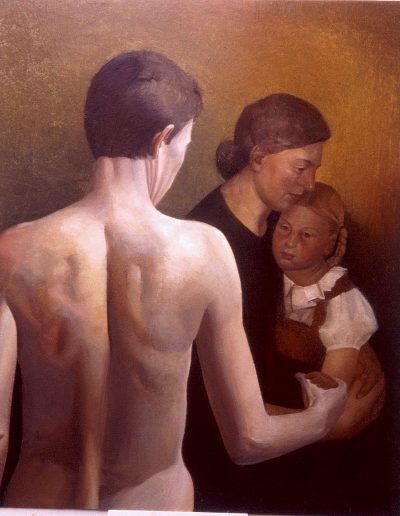 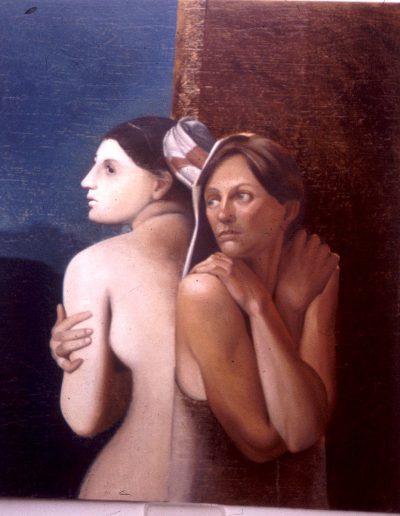 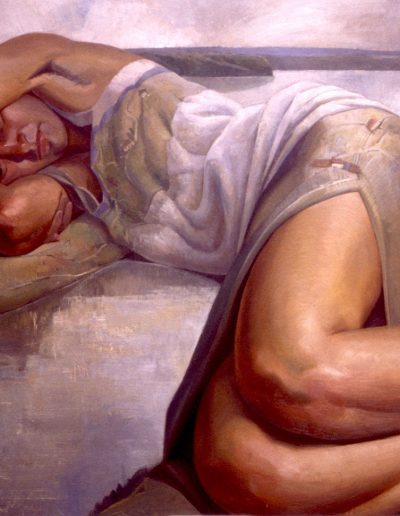 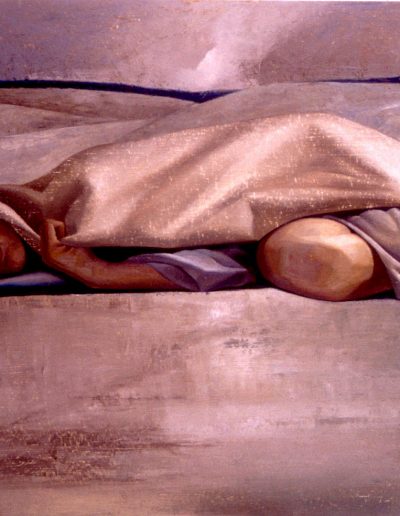 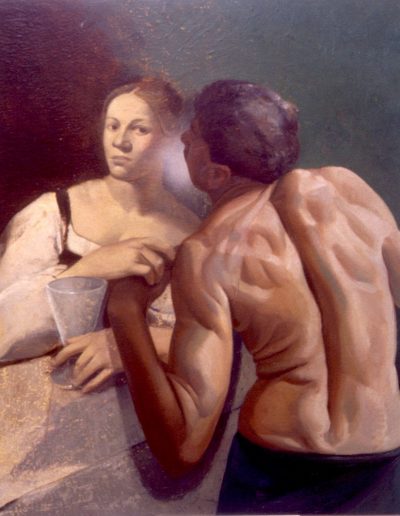 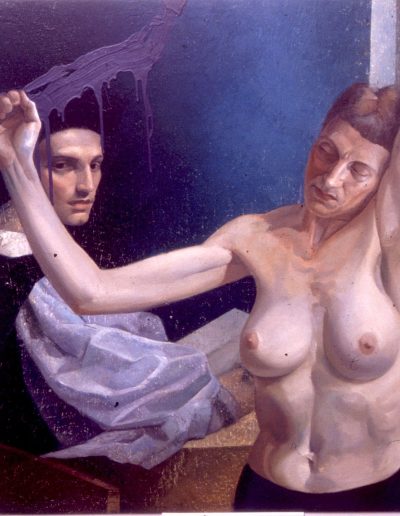 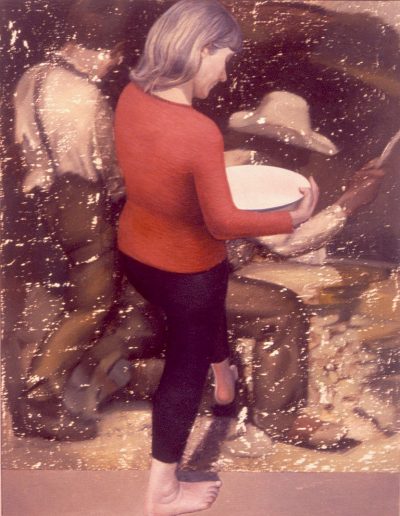