The drawing is a reference to the Greek philosopher Cebes (around 450 BC) writing based on the school of moral philosophy propounded by Socrates – ‘The Tabula Cebetes’ which was in turn an exhibition I had in 2006. This drawing refers to that theme and incorporates a reference another project I did in 2017 called ‘Locus Non Consequensia’ which involved randomly placing a one metre square cast iron frame on an arbitrarily chosen piece of ground using a random number generator and Google Earth. The composition is an allegorical montage of what represents human hierarchies and preoccupations. The Locus frame stands humbly to one side but represents the importance of non hierarchical places and the unpredictable nature of all things. 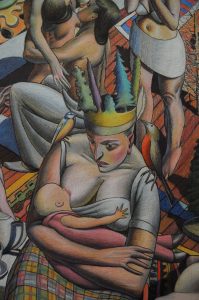 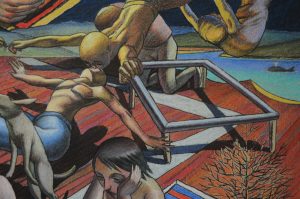 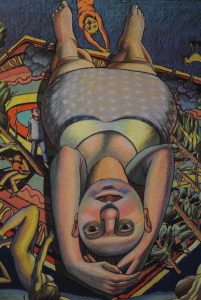 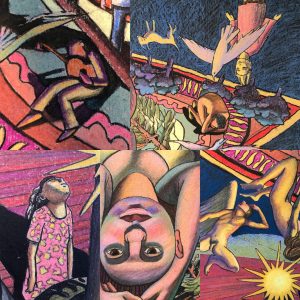 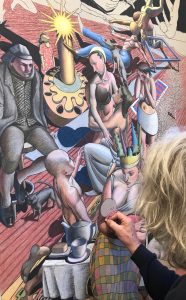